Just over half of Americans have a job right now 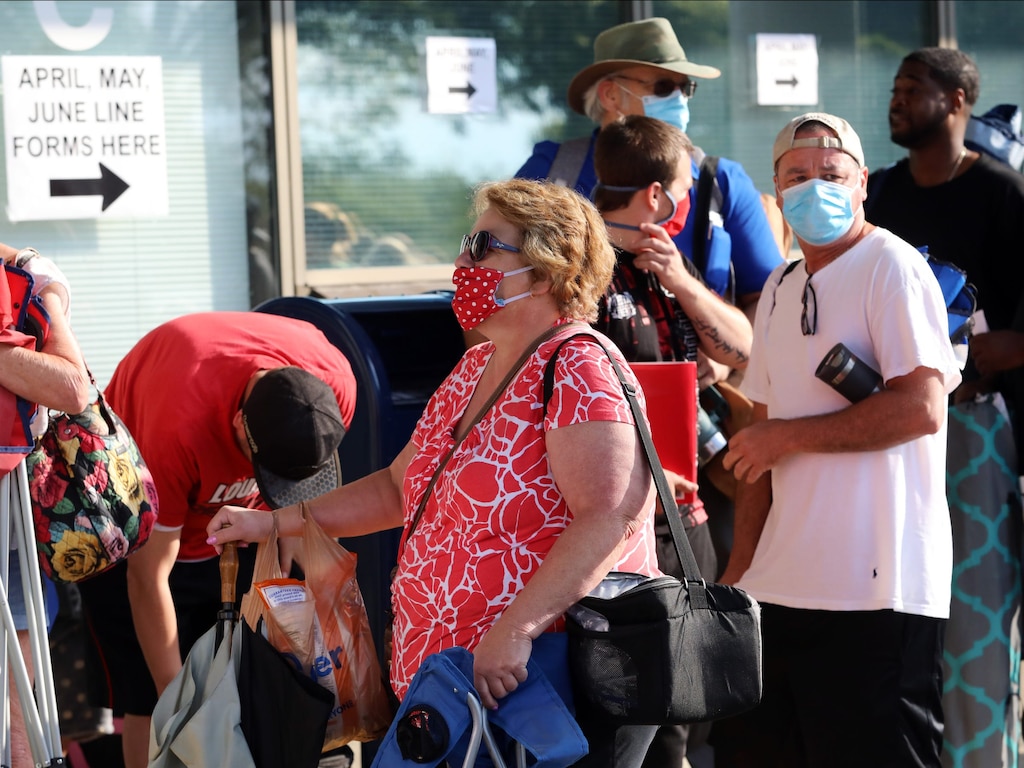 Yet another statistic points to the alarming rate of unemployment Americans are experiencing.

The Federal Reserve Bank of St. Louis reports that just 52.8% of the population that can work actually has a job right now. This stat, referred to as the employment to population ratio, is the lowest it has been since the bank began collecting data in 1948.

The coronavirus pandemic wiped out millions of jobs as Americans stay at home or limit social gatherings to prevent the spread of the virus. The Labor Department estimates Americans have filed 47 million unemployment claims in the last 14 weeks, surpassing the number of claims filed during the Great Recession.

In April, the unemployment rate spiked to 14.7%, per data from the Bureau of Labor Statistics. Broader measures of the data estimate true unemployment could be as high as 22.8%, reaching the all-time-high estimate of 25% unemployment during the Great Depression. 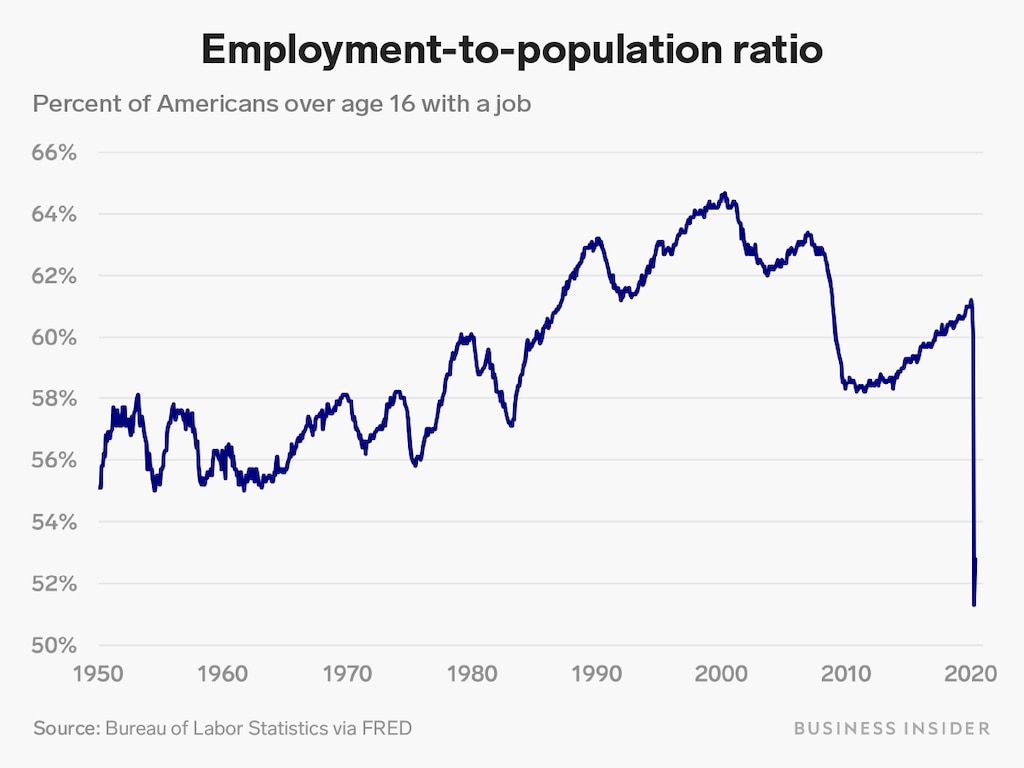 The hospitality and travel sectors had been hit particularly hard by unemployment: 8 million restaurant workers have been laid off or furloughed, and experts predict 50% of all hotel jobs could be eliminated by the end of the pandemic.

Even as some restaurants and stores reopen, state guidelines mandate they open to less than full capacity so that patrons can social distance. The result could indicate that the 18.9% of Americans working in retail and food service could get permanently laid off from their jobs, per data from the University of Washington.

As unemployment stimulus checks are set to expire by July 31 (even while reported coronavirus infections continue to climb), American workers could face an impossible decision: risk contracting the disease on the job or be unemployed.